I have come to the unfortunate conclusion that git is not the perfect tool for teams developing exclusively on Windows. And by that I mean, I cannot recommend it unconditionally as I would like to be able to do. 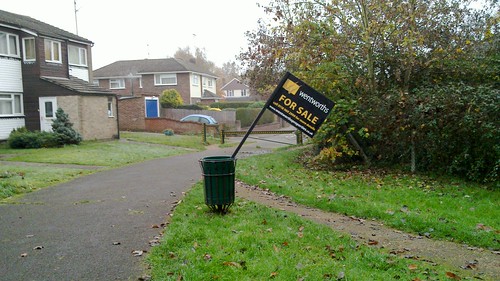 The main competition I would be considering is Microsoft’s TFS.

I have had plenty of experience working with git under windows (as well as on linux), and what follows are the three reasons I can’t wholeheartedly recommend git to a pure windows team. There are of course many reasons to avoid the alternatives, but that is outside the scope of what I wanted to say here.

Just for the record, in spite of these flaws, I still think git is the best thing since sliced bread.

This is an outright bug that unfortunately the msysgit developers have chosen not to address (as is their prerogative), and I don’t have the resources needed to provide a patch of sufficient quality or run my own variant of msysgit.

The simple test is to change the case of a file’s name, which fails, however most obvious workaround (rename to another file name in one commit, and back again in another) actually makes the problem worse. This is because the bug also affects checkouts, so when git on another team member’s machine attempts to update the working copy directly from its previous state directly to the requested revision (usually the latest), the “checkout” fails half way through leaving the team member flummoxed.

This is a particularly insidious bug for a team. You will generally have some people who are stronger with git (or pick it up quickly), and some who are not interested or struggle with the new system. Unfortunately if your team trips over this bug, every team member will have to work out how to get past it, and it is not immediately obvious from the symptoms what the problem might be or how to solve it. It also leaves the victim’s source directory in an inconsistent state, so if they try to ignore the problem and carry on they will get into more of a pickle.

Having to notify every member of your team that you have changed the case of a file and point them to a workaround is hardly going to endear them to their new fangled source control “git”.

A real world example of why this might happen:

File in your source tree that has been around since before you had any naming conventions: “VATRate.cs” containing a VATRate class. (Value Added Tax). You now enforce a naming convention where Acronyms are in Pascal case, i.e. VatRate. In order to rename the class you must also rename the file, therefore VATRate.cs is renamed to VatRate.cs, triggering the above bug for your entire team whenever they happen to fetch (and worse every time they switch between branches that do / don’t have the patch).

As you know from the depths of history, our beloved operating systems have chosen different line ending systems:

Git has an ingenious way of handling this, and gives you three choices for handling cross platform differences (see git config / core.autocrlf):

Which in theory is fine and dandy, and either of the first two should both be fine for a pure windows team… if it wasn’t for the patch tools. It would seem that as soon as you start applying patches and using some of the more advanced tools that come with git, they introduce inconsistent line endings into checked in files. You also have an issue with the configuration being client side, so it is likely one of your team members will get the setting wrong one day and make a mess.

In my experience, neither of the first two settings are painless under windows, leaving you with a constant overhead of meaningless / noisy diffs, and time spent troubleshooting, and running tools to tidy up files that have had their line endings corrupted.

It’s not a show-stopper, but it does make it harder to recommend that a team avoid TFS (for example) and use the “better” solution with all its benefits.

I may not have my facts completely straight on this one as I’m no expert in this area, so please forgive me and provide any corrections / references you can in the comments.

Visual Studio has a tendency to add a byte order marker to source files. Which as far as I know is fine. Unfortunately git then is inclined to interpret the file as binary and refuse to show diffs.

(I’m a little uncertain on this one, but I have seen the symptoms first hand, and it happens more than is comfortable)

Git is held up as an example of fast source control, and seems faster than anything else I’ve used, however it’s also worth mentioning that rewriting commit histories (rebase), refreshing the status and tab-completion are (last time I checked) all significantly slower on msysgit (windows) than git on linux.